Baritone Lucas, who decided to keep singing with her booming, low-voice type after her physical transition rather than trying to retrain her voice to sing soprano or mezzo roles, is rising to the very top of her profession. In May, she became the first trans singer to perform a lead role in a classic operatic work in the U.S. when she starred in “Don Giovanni” with the Tulsa Opera in Oklahoma. In October, she will play a lead role with the English National Opera in London. – KQED 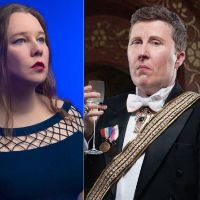