The Amsterdam Museum said on Thursday that staff were banned from using the term to describe the 17th century because “the term is strongly associated with national pride because of prosperity and peace but ‘ignores the many negative sides of the 17th century, such as poverty, war, forced labor and human trafficking.'” There’s blowback, of course, and national pride, but the museum is sticking to its principles. – Deutsche Welle (AP) 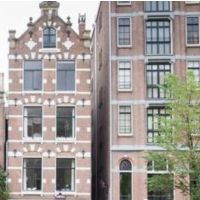