“Now that a new coalition government has been formed, sidelining the right-wing nationalist League, Dario Franceschini, the center-left politician who was behind the hiring foreign experts in the first place, is back as culture minister—which means the museum directors might be able to keep their jobs after all. And with Franceschini back, the directors of Italy’s state museum may not lose the autonomy that allowed them to modernize as they saw fit, another reform that the previous culture minister had tried to reverse.” – artnet 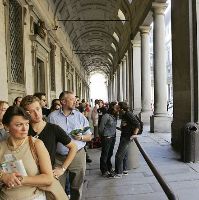