Li Cunxin, who defected from China in 1981, danced with the Houston and Australian Ballets, retired from the stage in 1999, and became a Melbourne stockbroker. Then, in 2012, came a call from Brisbane. “Seven years [after he became artistic director], Li’s contribution has been dramatic. Queensland Ballet, once a struggling choreographer-led company, has become one of Australia’s most exciting repertoire ensembles … The budget has more than quadrupled, to over $20 million USD, and Li has launched not one but three major construction projects, with world-class headquarters, a theater and a new academy all in progress.” – Pointe Magazine 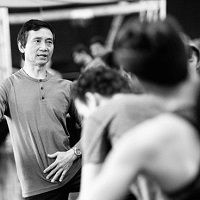