De Luz, who retired from NYCB last spring, has just begun a five-year term as artistic director at Spain’s national company, which came to international renown under the leadership of choreographer Nacho Duato (1990-2010). De Luz tells Wendy Perron that (among other goals) he’d like to bring some of Duato’s works back to the CND’s repertoire. – Dance Magazine 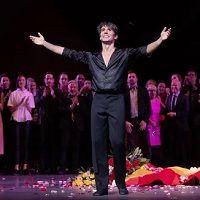