Or not. Ann Powers, NPR’s music critic, published this piece about the singer Lana Del Rey, and Del Rey tweeted some of her displeasure on Twitter, and then her stans – super fans – started to attack Powers. “The slap-back backfired — not only did Del Rey get called out, but her tweets drew people to a story that many might have missed — in part because it was so uncalled-for, but also because it revealed a fundamental misunderstanding of criticism.” – Los Angeles Times 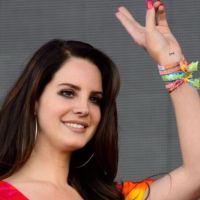