The show earned 10 awards in its last season, after demolishing the record for nominations with 32. And: “HBO and Netflix are, once again, locked in a tough battle. HBO notched 25 Creative Arts wins over the weekend compared to Netflix’s 23. HBO has had the most or tied for the most Emmys of any outlet for 17 consecutive years. If Netflix can make up the difference next Sunday, one of television’s most formidable streaks could be broken.” – The New York Times 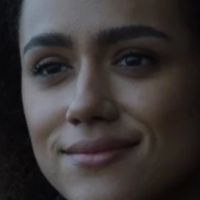