Yes indeed, historically speaking. “Tap and jazz grew up together, and in the 1930s and ‘40s, it was assumed that the greatest jazz bands — Duke Ellington’s, Count Basie’s — would bring tap dancers with them on tour. After World War II, though, as jazz separated from dance, hoofers became much scarcer in jazz clubs and concerts — never entirely absent but unusual, forgotten enough to be a novelty. Lately, that’s been changing a little.” – The New York Times 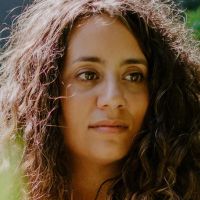