“[Science fiction] isn’t a new genre in Indian cinema, but it has nothing like the profile it has in the West. … While Hollywood has a long tradition of making more naturalistic films about space travel – from 2001: A Space Odyssey, to Gravity and First Man – it’s only now, with the enormous strides in India’s own space exploration, that such films are beginning to resonate with the public.” – The Guardian 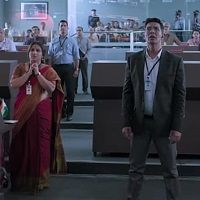