“In a cultural medium whose producers, audiences and critics are still predominantly white, [Jackie Sibblies Drury’s] Fairview challenges playgoers to think about how the different backgrounds and assumptions they bring to the theater may produce vastly different results once inside.” Jesse Green and Salamishah Tillet talk about that issue with respect to Fairview and African-American plays more generally. – The New York Times 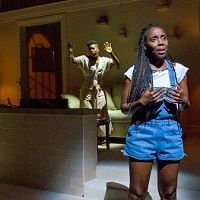