It was the first symphony orchestra in the entire Far East, founded in 1879. (That’s only 37 years after the New York Philharmonic, the United States’ oldest orchestra.) Says music director Long Yu, “You can find all the programs through the First (World) War, Second (World) War, Cultural Revolution and till today – they have not stopped playing concerts. … They did function in the Cultural Revolution – Chinese folk songs, but they still played. It is amazing.” – Chicago Tribune 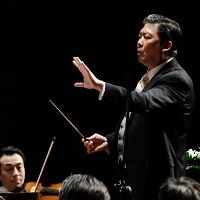