“Genesis was capable of making dozens of inferences about the story and several discoveries. It triggered concept patterns for ideas that weren’t explicitly stated in the story, recognizing the themes of violated belief, origin story, medicine man, and creation. It seemed to comprehend the elements of Crow literature, from unknowable events to the concept of medicine to the uniform treatment of all beings and the idea of differences as a source of strength.” – Nautilus 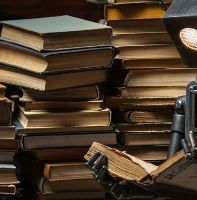