According to the annual Global Trends Report from the United Nations High Commissioner for Refugees, released on June 19, nearly 70.8 million people worldwide had been displaced as of the end of last year. Add to that approximately 13.6 million individuals displaced so far in 2019. “We are now witnessing the highest level of displaced persons on record,” says the UNHCR, a fact that affects all aspects of modern society and social progress, including the arts. – Clyde Fitch Report 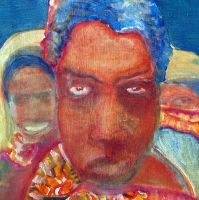