Behrouz Boochani’s No Friend but the Mountains, which recounts his escape from Iran to Indonesia and onward to Australia by boat, has just won the $25,000 National Biography Award, the fourth prize it has received in a year. Boochani composed the book text message by text message, which he sent from the detention center on Manus Island in Papua New Guinea. – The Guardian 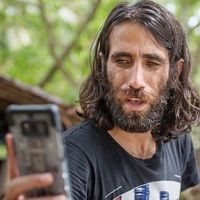