Pulitzer Prize-winning novelist Viet Thanh Nguyen: “Fantasy cannot be dismissed as mere entertainment, especially when we keep repeating the fantasy. Fantasy — and our enjoyment of it — speaks to something we deeply want to believe. The enjoyment of this show is based on the privilege that the audience feels, the privilege of not being that Asian woman who kills herself, the privilege of seeing the world from the viewpoint of the powerful white male savior who can both be so attractive that a woman would kill herself over him and be so paternal that he can adopt the mixed-race child who will stand in for childlike Asia, in need of Western benevolent guidance.” – The New York Times 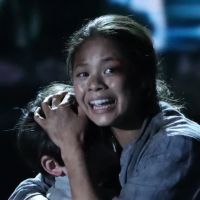