Imagine if Hollywood were to issue shot-for-shot remakes of D.W. Griffith’s gauzy history of the Ku Klux Klan, “The Birth of a Nation ,” every few years. Imagine Tom Hanks re-creating Mickey Rooney’s infamously slant-eyed Mr. Yunioshi in a new “Breakfast at Tiffany’s,” or Morgan Freeman cast in a live-action remake of Disney’s “Song of the South.” This is the reality of opera-house programming year after year. – Washington Post 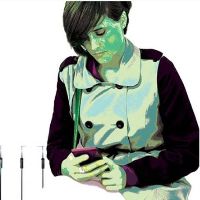