“Last May, The Guardian reported that Judith Mackrell would step down from her post after a 23-year run, and Alastair Macaulay announced he was giving up his position as The New York Times‘ chief dance critic, effective this past January. Luke Jennings left The Observer in the UK in December, and this winter, The New Yorker quietly replaced Joan Acocella with the historian Jennifer Homans. … In one fell swoop, criticism has lost decades of experience and memories, and these writers won’t be easily replaced.” – Dance Magazine 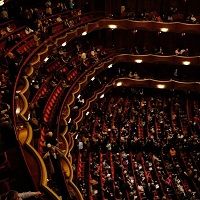