“He had recently read my book “Contested Will,” about the controversy over the authorship of William Shakespeare’s plays. Like most scholars today, I freely acknowledged that Shakespeare had co-authored plays, and Stevens wondered if I might be open-minded on the subject of his having collaborated with the Earl of Oxford.” – The New Yorker 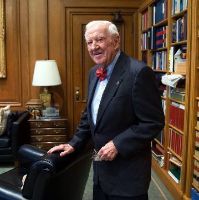