New York’s major arts organizations, including the Metropolitan Museum of Art and Lincoln Center, are now intertwined with the Koch name for decades. Not that there wasn’t dissent – from the outside. On the inside: “He also sat on several cultural boards, hobnobbing there and at galas, with people of varying political persuasions. The longstanding decorum of such gatherings suggested that, like sedate family Thanksgiving dinners, politics was not generally a polite topic for conversation.” – The New York Times 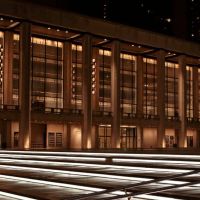