School newspapers usually aren’t independent from the schools they’re trying to cover. And that’s a big, big problem. “When professional pundits talk about dangers to free expression on campus, they typically refer to a handful of incidents in which colleges have revoked invitations for controversial speakers. This, however, is a fringe issue, confined to a small number of universities. The real crisis of campus speech lies elsewhere—in the erosion of student newspapers.” – The Atlantic 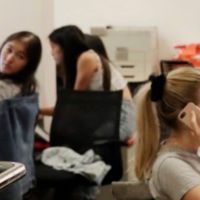