“No one set out to turn the airwaves into a political weapon — much less deputize talk-radio hosts as the ideological enforcers of a major American political party. Instead the story of how the GOP establishment lost its power over the Republican message — and eventually the party itself — begins with frantic AM radio executives and a former Top 40 disc jockey.” (That would be Rush Limbaugh.) – The Atlantic 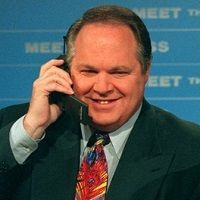