Kathryn Morgan had to leave City Ballet in the fall of 2012 after an autoimmune disease screwed up everything from her hair to her balance, starting a couple of years earlier. “What Morgan initially believed would be a few months of recovery became a nine-year ordeal: of doctors who dismissed her, of surrendering a dream, of personal turmoil and a life repeatedly upended. And, now, as she prepares to return to ballet on her own terms, a rebirth.” – CNN 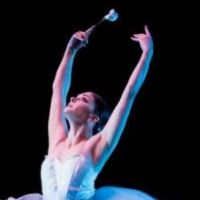