The singers who performed in operatic works by Handel or Vivaldi in the eighteenth century were the musical celebrities of their day, and Jakub Józef Orliński’s approach is to gleefully inhabit that space of stardom, rather than to handle the repertoire as if he were a reverent museum curator. “I treat Baroque music as, basically, pop music, but in their time.” – The New Yorker 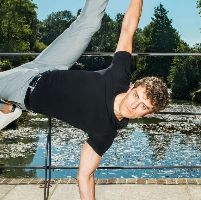