Howard Sherman: “While New York stages increasingly showcase the talents of queer, trans, non-binary, and intersex artists – I recently saw a gender-identity diverse cast in a reading of the classic Our Town – the language commonly used to talk about the work of those artists hasn’t generally caught up with progress in hiring, which itself still has a way to go. The most obvious area where this will likely become apparent relates to awards. The vast majority of competitive arts awards for performance are rooted in the gender binary of men and women.” – The Stage 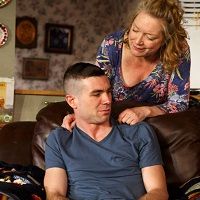