In the past, experiments played a vital role in developing theory and vice versa. For some time now that back-and-forth has not existed in certain fields where experiments are barely managing to test theories developed over decades. Wherever experimental data can be coaxed out of nature, it suffices to corroborate or refute a theory and serves as the sole arbiter of validity. But where evidence is spare or absent – as it is for a growing number of questions in physics – other criteria, including aesthetic ones, have been allowed to come into play both in formulating a theory and evaluating it. – The Guardian 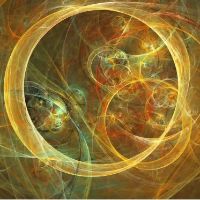