The freelance orchestra, based at Strathmore in the Maryland suburbs, was founded in 1983 and performed two to three dozen concerts a year. The announcement said that the orchestra would need an additional $150,000 to save the upcoming season, and its president told Anne Midgette, “The National Phil would be delighted if a donor would come forward or funding were to come through for its operations.” – The Washington Post 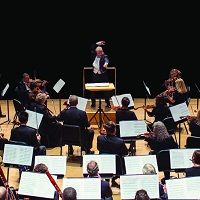