Alfaro met a 13-year-old promising playwright in 1999, but she was in a program for felons: She had killed her mother, who had put a hit out on her father. Then he started re-reading Electra, by Sophocles, and it hit him – he could retell Greek tragedies, but set in Chicanx and Latinx communities in Los Angeles. “‘The Greeks are so primal,’ Mr. Alfaro said. ‘They get to the essence: why we hurt each other, this inability to forgive.'” – The New York Times 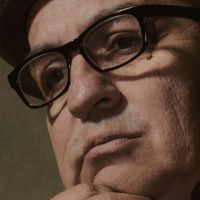