In the Russian Federation’s Sakha Republic — whose capital, Yakutsk, is considered the coldest big city on Earth — locally-made movies, many in the local Yakut language, often outsell international blockbusters. In an article titled “Arctic zombie apocalypse,” a correspondent looks at the challenge of making films in Sakha, from harrowing temperatures (down to 50 below) to horrifying mosquitoes (“When one buzzes in front of the lens, it looks like a horse is galloping across the frame”). – The Economist 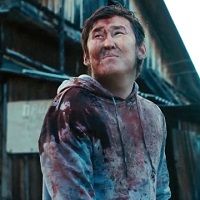