In fact, writes Michael Dirda, the tale came from one Antoine Galland, an early-18th-century Orientalist who was the first Westerner to translate the actual Thousand and One Nights from the Arabic. He was working from a manuscript that had only 35 stories in it — and, when his translations became hits, he (not unlike Sheherazad herself) had to come up with more material to meet reader demand. – The Washington Post 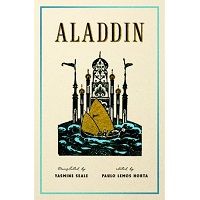