“Although entertainment-industry protests have previously helped derail socially conservative legislation in Georgia, studios didn’t voice significant opposition to the new abortion law while it was being considered by the state legislature. Now, according to the University of Georgia political scientist Charles Bullock, it’s unlikely they can meaningfully impact the law’s future, which is up to the courts.” – The Atlantic 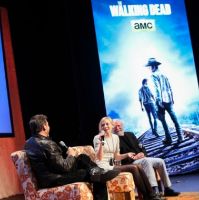