He’s already got the building: the spectacular Royal Opera House, Muscat, which opened in 2011 and is reportedly the Omani capital’s second-most-popular tourist attraction. The Economist looks at Sultan Qaboos’s reasons for funding European opera and a few of the difficulties in making the form work in the conservative Arab Gulf. – The Economist 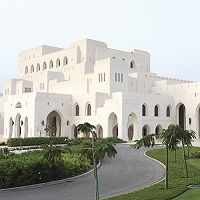