“Ms. Hunnewell joined the magazine as an editorial intern in the late-1980s, when it was run out of an 8-by-14-foot office in the Upper East Side brownstone of its co-founder and editor George Plimpton. She remained associated with the magazine for the next 30 years … She was named publisher in 2015, taking over from [Antonio F.] Weiss,” her husband. – The New York Times 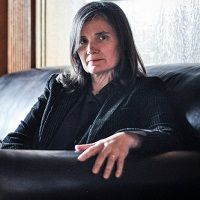