In May, The Song Company suddenly announced that it was ceasing business and beginning the bankruptcy process called in Australia Voluntary Administration. Then, in early June, the ensemble’s board chairman announced that, following “the intervention of a significant donor” and confirmation of government funding, “the company is in a good position to recommence trading.” – Limelight (Australia) 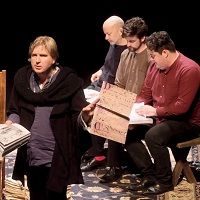