In the 18th-century source, a novel by the Abbé Prévost, Manon Lescaut was an archetypal siren, luring a helpless young nobleman to his doom; later operatic adaptations may have had more sympathy for her but weren’t so different. Yet MacMillan found in her one of his most powerful, and controversial, heroines, one that great ballerinas love to play. Alastair Macaulay looks at how their portrayals of the character have shifted over the years. – The New York Times 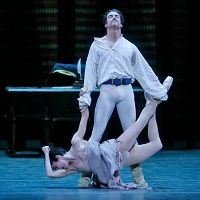