“In a strange turn more than three decades after the meltdown, the exclusion area around Chernobyl is gaining a following as a tourism destination, apparently propelled by the popularity of a TV mini-series about the blast that was broadcast in the United States and Britain last month.” – The New York Times 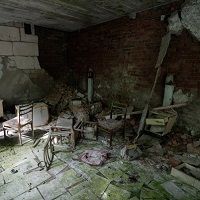