The group announced on its social media platforms today that the archive—consisting mostly of unfinished music and clips from the mid-90s—had been stolen last week. The hacker, or hackers, demanded $150,000 to keep it from being released to the public, Radiohead said. In response, the band decided not only to ignore the ransom demand but release the entire trove of music to Bandcamp in aid of Extinction Rebellion, the new climate change movement. – Newsweek 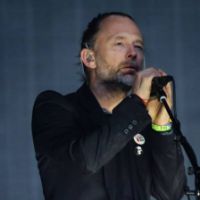