Despite high praise for Jackson’s performance, reviews for the show have been ambivalent at best, and initially robust sales have slowed considerably. The final performance, originally scheduled for the close of the Fourth of July weekend, will now be this Sunday, just hours before the Tony Awards (for which this production garnered only a single nomination, and not for Jackson). – The New York Times 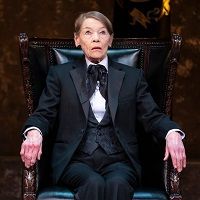