The most common theory is that the 500-year-old artwork is sitting in storage in Switzerland — specifically in Geneva, where, according to The New York Times, more than a million works of art are kept in secretive tax-free warehouses by collectors and galleries. But last week, another theory emerged in an opinion piece by art dealer Kenny Schachter published on Artnet: that the last known privately-held Leonardo is on a luxury yacht owned by Saudi Arabia’s Crown Prince Mohammad Bin Salman. – CNN 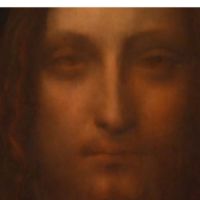