The Berlin State Opera, where the 76-year-old conductor is general music director, has extended his contract for five additional years to 2027. Some doubts about Barenboim’s future there arose in February when reports surfaced of his ill-treatment of some musicians, though musicians’ representatives now say they have always been in favor of Barenboim staying on. – Deutsche Welle 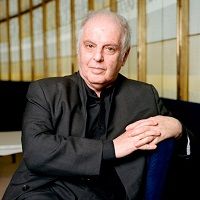