“This is an unusual boy, one who had, as he puts it, an ‘overwhelming sense of Truth and Beauty’ when at the age of ten he saw a periodic table in the Science Museum and became convinced that ‘these were indeed the elemental building blocks of the universe, that the whole universe was here, in microcosm, in South Kensington.’ … And it becomes increasingly clear that Sacks was that boy to the very end of his days.” – The New York Review of Books 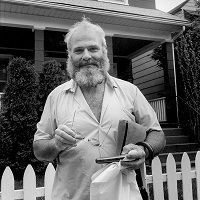