Yes, yes, AMC has done plenty of gobbling of arts theatres, or so say the (former) owners of those theatres, but now they’re concerned about the films. Well, not just now: “This is not the first time AMC has sought to showcase its indie film bona fides, however. The company in 2010 launched something called AMC Independent in an effort to dedicate more screens to arty movies. That followed a similar 2006 initiative, AMC Select.” – Los Angeles Times 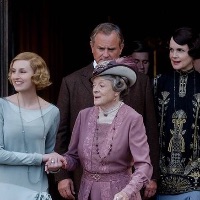