UMG’s accounting of its losses, detailed in a March 2009 document marked “CONFIDENTIAL,” put the number of “assets destroyed” at 118,230. Randy Aronson considers that estimate low: The real number, he surmises, was “in the 175,000 range.” If you extrapolate from either figure, tallying songs on album and singles masters, the number of destroyed recordings stretches into the hundreds of thousands. In another confidential report, issued later in 2009, UMG asserted that “an estimated 500K song titles” were lost. – The New York Times 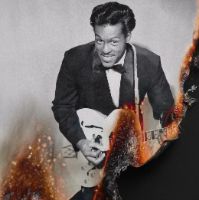