Netflix has already done small-screen versions of Springsteen on Broadway and American Son, and they’re now working on feature versions of Broadway’s (recent) The Boys in the Band and (current) The Prom. Fox is working on its own jukebox musicals. Where will the genre go from there? – Dance Magazine 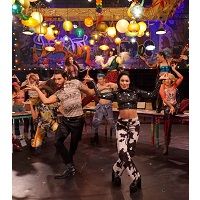