Hardline Hindu activists, empowered by the 2014 election of Narenda Modi as prime minister, have been doing things like this to plays they deem unpatriotic: “Hours before the show was due to start, the crew said they were forced to escape the venue as a mob had gathered. They said they ran down back alleys and had to take side roads to avoid being attacked on a main road. ‘It wasn’t that people didn’t like our play, expressed their dismay and left. No. We were being hunted across the city,’ said Ashwath Bhatt, an actor in the play.” – Reuters 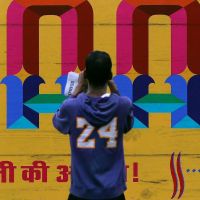