A new biography by Benjamin Moser argues, citing previously unreleased correspondence as well as textual analysis, that Philip Rieff’s Freud: The Mind of the Moralist, which launched his academic career, was actually written (or rewritten) by Sontag, who had married Rieff when she was 17 — and that she relinquished rights to the book as part of her divorce settlement in order to avoid a custody fight over her son. – The Guardian 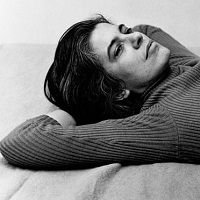