“It has been said, indeed, that the eighteenth century was less the Age of Reason than the Age of Feelings—because so many Enlightenment thinkers took pride in recognizing the importance of the sentiments, as their intellectual predecessors often had not. (In Hume’s famous line: “Reason is and ought only to be the slave of the Passions.”) The aim of building a rational society meant contending with the ways in which human beings are not creatures of sweet reason. And that meant, in turn, having some way of deciding what rationality demanded.” – New York Review of Books 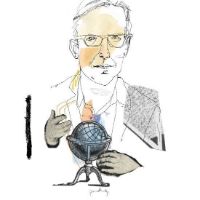