Wow, ugh, and this sure messes with those trying to remember Indiana a year after he died. “The complex legal battle surrounding the estate of Indiana began the day before he died at his home on Vinalhaven, when the Morgan Art Foundation filed a lawsuit in U.S. District Court in the Southern District of New York accusing McKenzie and Jamie Thomas, Indiana’s caretaker, of fraud and elder abuse. Indiana also was named in the suit. In fall 2018, Morgan also sued the Indiana estate alleging breach of contract.” Now there’s more. – Portland Press Herald (Maine) 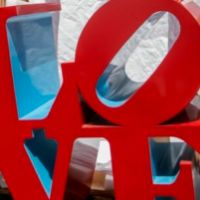