The show, which has earned a lot more viewers in its contentious final season, “was a mass-market hit for the era of no social consensus. … It divided its audience from start to finish, right down to the matter of what a happy ending would even constitute. It gave its intense fandom multiple angles to debate as well as to enjoy: whether it kept faith with the popular novels it was based on; whether it reveled in brutality in the name of critiquing it; whether it well-served its female characters or exploited them; and whether it lost control of its story as it sprinted to the finish.” – The New York Times 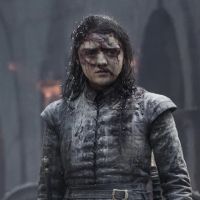