“Despite running a ballet company — and his many commissions for ballet companies — Mr. Cherkaoui is still largely seen as a contemporary dance-maker … [and he] seem[s] half-amused, half-pained by the idea that he is seen as an outsider in the ballet world.” Reporter Roslyn Sulcas talks to the choreographer about his new work for London’s august ballet troupe, Medusa. – The New York Times 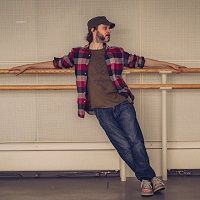