Kyo was discovered by a film scout in 1949 while she was performing in a dance revue. She worked with Akira Kurosawa, Kenji Mizoguchi and Teinosuke Kinugasa, and she continued to act until about 20 years ago. Kurosawa once said “he had been ‘left speechless’ by Ms. Kyo’s dedication to learning her craft.” – The New York Times 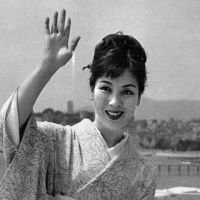